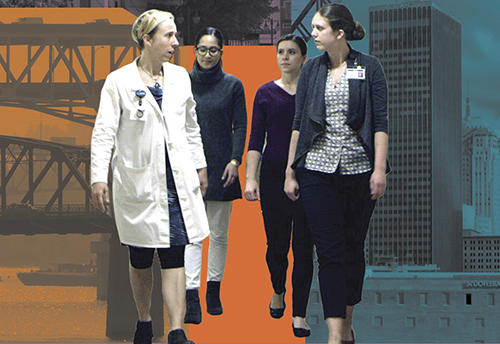 An Astoria International Film Festival Official Selection. Please join us for a panel discussion in the McTavish room following the film.

“Our Bodies Our Doctors” tells the story of a rebellion in the field of medicine as a cohort of physicians faces abortion stigma within their own profession and confronts religious control over health care decisions. Their fight takes them into a larger struggle over the heart and soul of American medicine.

The documentary features a cadre of these “rogue” physicians––doctors of different generations who came to train in Oregon and Washington, states with some of the most liberal abortion laws. Their stories are as deeply personal as they are political. As we follow them in their daily work lives, we get a feeling for their deep connections with patients and other practitioners and how those connections sustain them. We see how they incorporate feminist principles in thinking through ethical dilemmas associated with abortion care. We learn about what things were like when they first began their medical careers and the people who influenced them. And we follow their journeys from clinics and training centers in the Pacific Northwest to areas of the country where women’s rights are more threatened.

General admission seating. Doors open at 3:30pm. Panel discussion immediately following the film in the McTavish room. Will call tickets available in our box office from 9am on the day of the show.