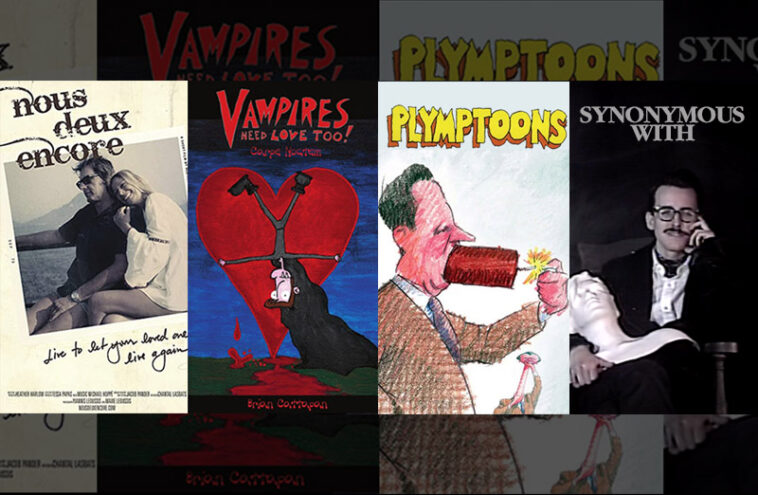 Nous Deux Encore: A widow tells of the profound love she and her husband shared during their brief time together.
[Unrated]

Plymptoons: A cllection of short animated films from Accademy Award nominated  animator, graphic designer, cartoonist, and filmmaker, Bill Plympton. Plympton’s illustrations and cartoons have been published in The New York Times and the weekly newspaper The Village Voice, as well as in the magazines Vogue, Rolling Stone, and Vanity Fair.
[Unrated]

Vampires Need Love Too! Vampire Jhonen is searching for love and happiness while striving to be a Blues musician. His friends and foes include zombies, witches, Rebecca made vampire, a bipolar vampire bat named Killjoy, Mr. Grimm the Reaper, a Pixie named Jenn, a greedy Goblin music manager and more. They don’t make things easy for him. Especially when he strives to get a love life. Wish him luck. He’s going to need it.

Synonymous With: A student’s increasingly intimate line of questioning causes his interview with a local horror host to take a vulnerable turn. This short has been an official selection of 5 international film festivals in the US, a finalist at Hollywood Horrorfest, and recently won the Audience Award for Best Short Film at Soho Horror Film Festival’s Pride Edition in London.