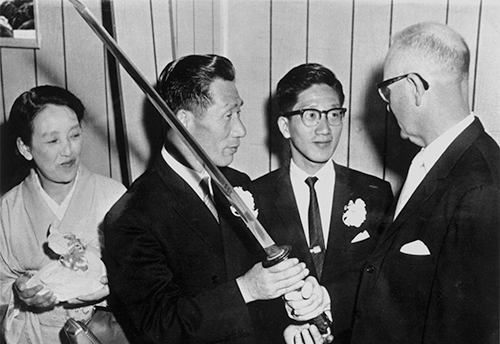 In 1942, Japanese pilot Nobuo Fujita catapulted his seaplane off of a submarine, flew over the forests of southern Oregon, and conducted the only manned aerial bombings of the United States mainland during WWII. He never dreamed he would one day be invited back to the region, where he would begin a 35-year friendship with the people of a small Oregon town. Samurai in the Oregon Sky tells the story of how Mr. Fujita came to refer to his former target as his “second home.”

General Admission Seating. Doors open 4:30. Will call tickets available in Box Office from 2pm on the day of the show.